Kuching is the capital city of Sarawak, one of two states in Malaysian Borneo. The word ‘ kucing ‘ means a cat in Malaysia. They live in the city either alive or in the form of a statue

In the 1950s, the government wanted to limit malaria by massive chemical means against mosquitoes. After these chemicals had a negative impact on the cattle population, the Brits from the planes sent more than 14,000 cats to the more remote parts of Borneo in a mission known as “Operation Cat Drop”. Among other things, Borneo residents also count on cats for helping to fight, for example, against mice and rats.

Kuching, the city of cats – there are several statues with a cats

Transfer from the airport

In Kuching, we were welcomed by a large modern airport, where you can exchange your first local ‘ringit’ (€ 1 = about 5 RM). You can take a taxi to the city center for 25 RM when you buy a coupon on the information so you won’t be ripped off by unofficial taxi drivers .

But a much better option is if you leave the airport in the East and walk about 1.5 km along the way to the shopping center connected to the Kuching Sentral Bus Station . Right across is a public transport stop and a bus ticket to the Kuching city center is just 2.5 RM.

In the city center

The city divides the Sarawak River. Until recently, its shores were not connected by bridge. The majestic bridge for pedestrians already stands but is not yet accessible.

A beautiful, new pedestrian bridge in the center of Kuching, near the Waterfront bazaar

Above the river is a parliament with a dome of gold, Bangunan Dewan Undangan Negeri . On this side of the river with the parliament there is a pier, from which there is a nice view of the elevated waterfront – a one-way boat fee on the other side is 0.5-1 RM and the boat is from Batu Jetta. Near the waterfront is situated very nice old building in the colonial style, The Old Court House.

A boat heading from the Waterfront bazaar to the Parliament

A view from a wooden pier under the Parliament. Rowing is quite popular in Kuching

Waterfront promenade in the evening

The waterfront bazaar is stretched along the waterfront, it’s a promenade with drinks and food. On the other side of this street, there is a bazaar that offers the possibility of buying clothes, local food, sweets or souvenirs.

Waterfront bazaar – at night, the promenade is beautifully lighted

Waterfront bazaar – a lot of dried fish and a real smell

In the street parallel to the main bazaar, there is a small Chinatown with a lot of lamps and, of course, you can’t miss either the Chinese kitchen or the temple at the end of the street, Hong San Si Temple .

You need to have eyes wide open and you may find a lot of nice streetarts, just like us

Kuching, streetart in the city center

Kuching, streetart in the city center

Walking distance from the Waterfront bazaar is a nice park for a walk, which is definitely worth a visit, Reservoir Park, Kuching .

Such saurians are here. And one doesn’t have to be fooled by his casual pace, if he wants, he could be fast enough

Here are a few photos from the typical atmosphere of Kuching, street food, people just sitting on the street, motorbikes.

Kuching, life on the street

Kuching, life on the street

Kuching, life on the street – this old gentleman has followed us for a while on the street, but he just wanted to know where we came from and take a picture of us.

He knew Czechoslovakia and also told us which bus we need, when we want to go see the orangutans

A bus connections to the caves have existed in the past, but they have been canceled, for lack of occupancy by tourists. But it is beautiful in this part of Malaysia, that it’s not spoiled by tourists here. Also, everywhere there are stated prices, even at the local bazaar.

The bus to the city of Bau goes from the city center of Chin Lian . Bus number 2 belongs to Sarawak Transport. We went to the early morning bus at 6:40, but on the weekend. The journey takes about an hour and the ticket will be 4,5 RM.

From Bau Bus Station, we continue to a Bus 3A, company Bau Transport. The first one leaves at 9:00, so you can catch up on your missed breakfast. In Bau you hardly meet someone who understands English, but a bus driver will give you a letter with instructions in English.

You will land at the intersection and 3 km walk to Fairy Cave. Wind cave is a short walk from the bus stop. The tickets are 1 – 1.2 RM, one way.

Suburban bus in the style of American school bus

On our way to local, hard-to-reach caves, we were never alone. First we went to the Fairy Cave on foot, we took the car along the way, and we did not hitchiked. To our happiness, because a short, intense rain was thrown out of it. On the way to the Wind cave, another guy who is working for these caves took us. And finally, by the way from the second cave to the village, locals didn’t let us walk in the heat and two nice women took us directly to the bus station in Bau

Cave entrances are 1 RM for Malaysians and 5 RM for foreigners.

Don’t wait for a guide, because you have to go caves alone. Even though I was forced to wait for Jane, because “some guide would definitely come”. And indeed, there was one local guide, with a female tourist. And so we went out and down with them and listened to the interpretation, and at the end of the tour we realized it was a private guide

The Fairy Cave is a large open cave, characterized by its monumentality. A Wind cave is a dark cave with a lower ceiling, characteristic by the bat guano. It’s even scarier, that you could walk through it just by yourself, as well as we did

A walk in the cave, leading into the darkness

The way to the parking lot is also nice

Bako is a must see, which can not be left out by any traveler who comes to Borneo. We made a one-day trip. You could do also a 2 day trip, with an overnight in the National Park.

Cruise is the top experience of the Bako National Park

The K1 bus leaves Kuching from Chin Lian Station , the first one at 7:00 then every other hour. The journey takes about 45 minutes. A one-way ticket costs 3.5 RM and takes you to the final stop to the National Park. The last bus back to Kuching is 17:30.

This cute animal is waiting for you at near the restaurants

Admission to NP is 20 RM for foreigners. You can also buy a boat ticket here. It’s the only way to get into the National Park. The round trip ticket costs 40 RM per person. It’s a bit expensive, but this cruise is the most exciting thing from the visit of NP. After about 20 minutes of cruise you get to the beach.

The boat goes back every hour, the last one at 15:00. WARNING, it could go from another location, just in case, ask somebody. A few meters from the beach is the accommodation unit and a map of all the treks to the surrounding area from half-hour to full-day, including one-way distance and time. We decided on the spot. On the trek, surely don’t forget to take hard shoes, sunscreen and repellent.

Makak in the Bako National Park

Tourists come to this park mainly due to Proboscis monkeys with a weird nose and wildebeest wild goats. But beware that you may not be lucky and you will not see them. We have seen at least one Makak. Yet, for us it was the first visit in the jungle and we admired every minute spent there.

You can also enjoy sandy cliffs right next to the beach where you arrive.

The beaches are beautiful, but going into water is not recommended. The water isn’t clear.

When visiting the island of Borneo, you are also supposed to see the Orangutans. This reservation is located near Kuching and can be reached by bus K6 from Chin Lian Station. Bus departures are aligned, so that tourists are brought to the center right at the time of feeding the orangutans. The morning feed is from the 9:00, the bus from Kuching leaves at 7:20, back to Kuching at 11:05. The afternoon feed begins at 15:00, bus leaves Kuching at 13:00, and going back at16:05. The ticket price is 4 RM. Admission for domestic 5 RM, for foreigners10 RM.

The rehabilitation station, where the Orangutans are located is more than one kilometer from the entrance gate, so count on it, especially on the way back to the bus stop.

Unfortunately, it is not always possible for the center staff to successfully call the orangutans for feeding. Especially at a time when enough fruit grow on trees and they don’t need feeding. We have seen only one Orangutan. In the worst case, no Orangutan will come. And as the staff made a reminder, there are no refunds

A staff member is reviewing the situation at the other station

Purely subjective, Kuching was the best icty of the entire trip to Malaysian Borneo 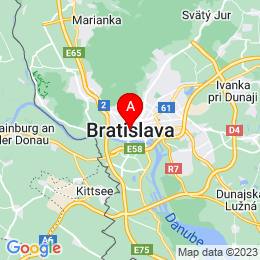 My mission is to capture your unique moments on this world that will never happen again!

Slovak 🇸🇰 photographer 📷 enjoying his TripLovers life around the world 🌏

Sri Lanka day #9 🇱🇰 An awesome Safari in the

Sri Lanka day #6 🇱🇰 On our way from Kandy to

Sri Lanka day #5 🇱🇰 This day was only about